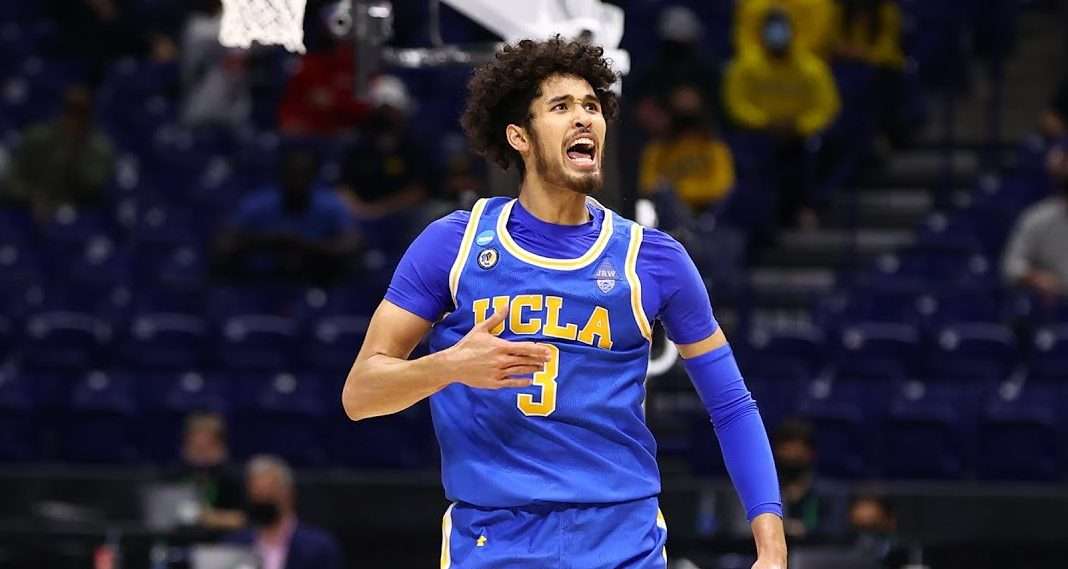 If UCLA is going to shock Gonzaga today as a +700 money-line underdog, it will need Johnny Juzang to match or top his 28-point effort in an Elite Eight win over Michigan.

Eleventh-seeded UCLA has sprung four upsets en route to the Final Four, but the Bruins will face their toughest challenge yet when they square off against top-seeded Gonzaga on Saturday night.

They opened the NCAA Tournament by erasing a double-digit deficit against Michigan State in the First Four as 2.5-point underdogs. Their path to the Sweet 16 included wins over BYU (+3.5) and Abilene Christian (-5.5). They pulled off wins over No. 2 Alabama (+7) and No. 1 Michigan (+6.5) to win the East Region, becoming the sixth double-digit seed to reach the Final Four.

However, oddsmakers are giving them the lowest chance to advance of any of those teams. Top overall seed Gonzaga opened as a 13-point favorite at Circa Sports, but the line has inflated to -14 as of Friday afternoon. The total has risen from 143.5 to 145.5.

The Bulldogs have been dominant in all four of their wins in the NCAA Tournament, winning by an average of 24 points. They have had an easy path, though, not having to play a team seeded higher than fifth.

Gonzaga is paced by a historically good offense that ranks first in KenPom’s adjusted efficiency ratings and is first in effective field goal percentage (61.0). The Bulldogs shoot a blazing 63.7% from 2-point range. Forward Drew Timme has averaged 25 points on 64.4% shooting over the past three games and is now a +150 ‘chalk’ to win the Most Outstanding Player award.

Guard Jalen Suggs (+475) and forward Corey Kispert (+600) are both in the running for the award as well. Kispert is averaging 18.9 points this season, while Suggs is adding 14.0 points and 4.5 assists.

Gonzaga averaged 91.6 points during the season and has eclipsed 80 points in each of its four tournament games. The Bruins are going to be undersized on Saturday night and their defensive numbers this season have not been great. They are No. 166 in opponent’s effective field goal percentage and are No. 252 in opponent’s turnover rate.

The Bruins muddied the waters in Tuesday’s upset win over Michigan in the Elite Eight, picking up a 51-49 win in what was a defensive grind. They are going to have to control the tempo on Saturday night, as Gonzaga plays at the third-fastest pace in the country. Mick Cronin’s squad ranks No. 319 in average possession length, but they are extremely efficient.

Their offense is No. 13 in adjusted efficiency, and they shoot 36.9% from beyond the arc. Top scorer Johnny Juzang (15.5 PPG) has battled an ankle injury over the last few months and he tweaked it again on Tuesday. Juzang returned to the game after a brief absence, pouring in 28 points in the upset.

Sophomore guard Jaime Jacquez Jr. is averaging 12.1 points and 6.1 rebounds per game this season. He was held to four points on 16.7% shooting in 38 minutes of action against the Wolverines. Guards Jules Bernard and Tyger Campbell are both scoring in double figures as well.

They will be facing a Gonzaga defense that is fifth in adjusted efficiency. The Bulldogs do not force many turnovers, but they make teams take bad shots and they limit offensive rebounding opportunities.

Gonzaga is a historically large Final Four favorite, but it is in this spot for a reason. The Bulldogs are one of the best college basketball teams ever and they are facing a Cinderella team on Saturday night. UCLA was able to limit Michigan in the paint on Tuesday, but the Wolverines were unable to convert on a ton of good looks. Timme has shown no signs of weakness during the Big Dance and he has too many other weapons on his team for UCLA to afford to double him in the post. Juzang’s re-occurring ankle injury is also a concern because the Bruins offense really struggles without him on the court.