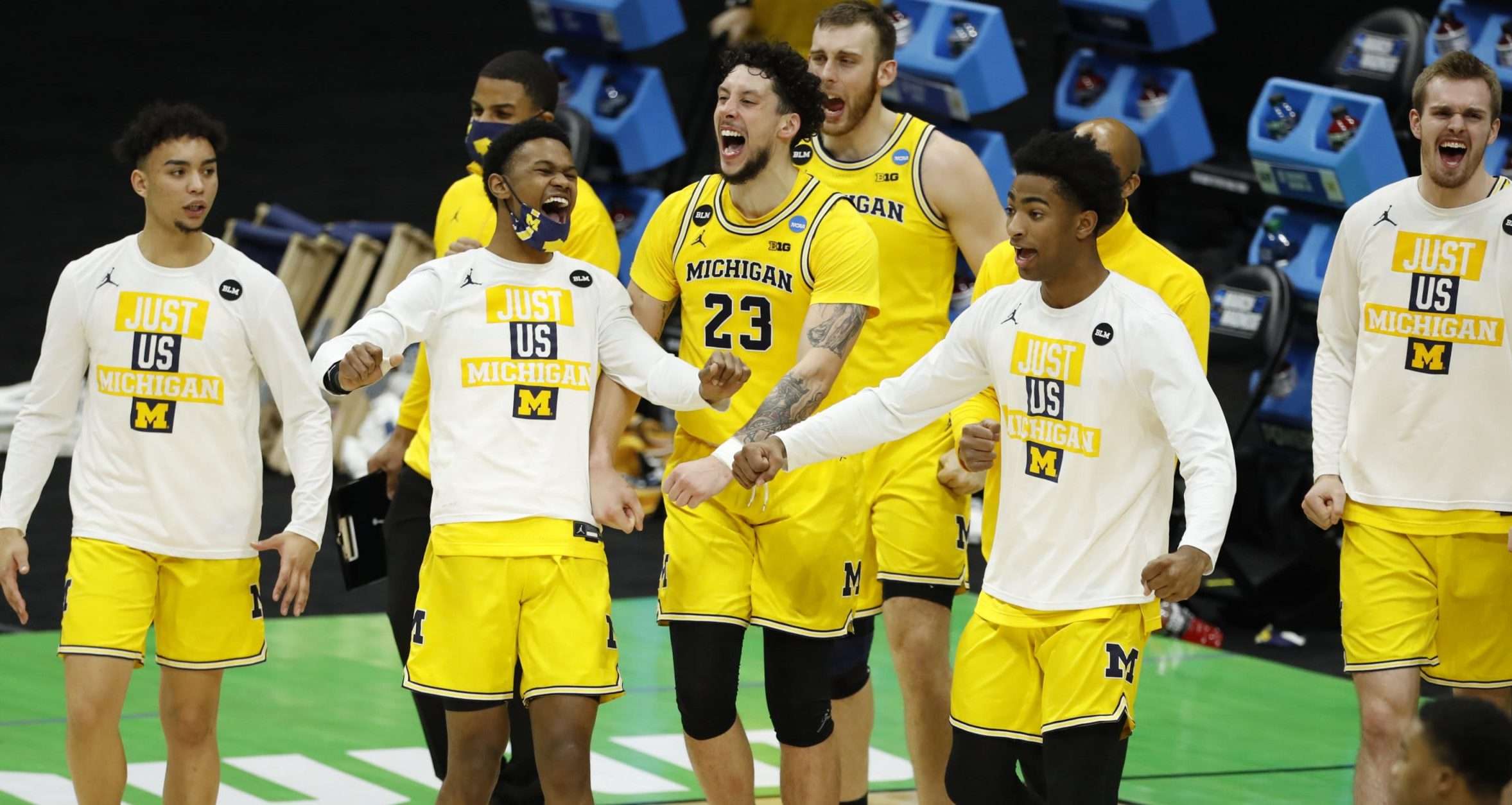 Michigan smashed FSU 76-58 as a 1.5-point favorite Sunday afternoon to set up an Elite Eight date with UCLA.

Michigan was the least picked top seed to advance to the Final Four going into the 2021 NCAA Tournament.

The Wolverines are in position to punch their ticket on Tuesday night if they can get past eleventh-seeded UCLA at Lucas Oil Stadium. It has been a Cinderella ride for the Bruins, who knocked off No. 2 Alabama in a Sweet 16 thriller on Sunday.

UCLA is attempting to become the first school since No. 11 VCU (2011) to get to the Final Four after playing in the First Four to open the tournament. The Bruins trailed Michigan State by double digits in the play-in game before storming back in the second half.

They led second-seeded Alabama by 11 points at halftime on Sunday night, but the Crimson Tide erased the deficit, eventually knocking in a game-tying 3-pointer at the end of regulation. UCLA found another gear in overtime, despite leading scorer Johnny Juzang fouling out.

The Bruins have been underdogs in three of their four games in the tournament. They are paced by an offense that is No. 11 in KenPom’s adjusted efficiency ratings, shooting 37.2% from beyond the arc. Juzang is scoring 15.0 points and is grabbing 4.1 rebounds per game this season.

Sophomore guard Jaime Jaquez Jr. stepped up in Juzang’s absence on Sunday, scoring 17 points in 45 minutes. He had 27 points in the overtime win against Michigan State to open the tournament. The Bruins were able to score 88 points against one of the top-rated defenses in the country on Sunday—they will have to overcome another tough defense on Tuesday, as Michigan is No. 8 in adjusted efficiency.

The Wolverines were written off by many people entering the NCAA Tournament after they lost second-leading scorer Isaiah Livers to a foot injury. They have fared just fine without him, beating Texas Southern, LSU and Florida State to advance to the Elite Eight.

Sunday’s performance was their best so far, as they easily dispatched of Florida State in a 76-58 final, despite the late money coming in on the Seminoles (+1.5). Michigan has now covered the spread in 14 of its last 20 games this season.

Freshman center Hunter Dickinson leads the Wolverines with 14.2 points and 7.6 rebounds per game, shooting 60.2% from the floor. Livers was averaging 13.1 points and 6.0 rebounds before going down with his injury. Sophomore guard Franz Wagner is adding 12.8 points, 6.5 rebounds and 3.0 assists.

Michigan is the seventh-best offensive team in the country, according to KenPom. It shoots 38.3% from the 3-point line and 53.9% from inside the arc.

UCLA is 5-1 against-the-spread in its last six games. Michigan has been an excellent team to bet on in the Big Dance, going 13-4-2 ATS in its last 19 NCAA Tournament games as a favorite. The total has gone ‘under’ in 13 of the Wolverines last 18 games this season.

Michigan is a much tougher matchup for UCLA than Alabama was. The Bruins were always going to have a chance to win that game if they caught the Crimson Tide on a colder shooting night, which is exactly what happened (7-of-28 from 3-point range). Michigan is excellent from the perimeter, but its bread and butter has been in the paint—there is less variance from that distance. Dickinson headlines a frontcourt that is going to have a noticeable height advantage on Tuesday. The Wolverines also have more experience on their roster and have not had to exert nearly as much energy, especially after UCLA had to play an extra game just to get to this point. It has been a valiant effort from the Bruins, but they are running into a bad matchup against a confident team in the Elite Eight.