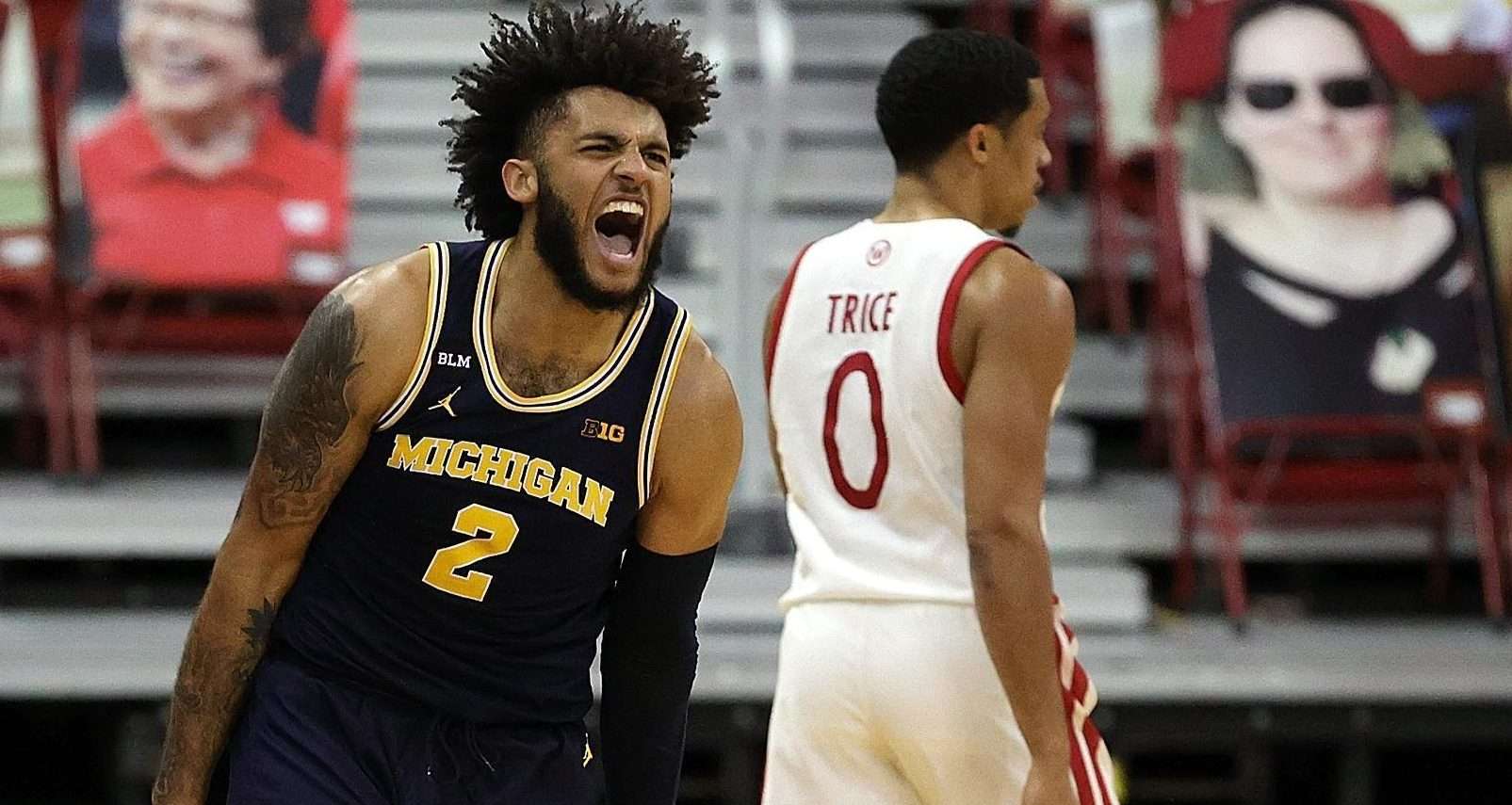 Michigan has covered the spread at a 9-2 clip in its last 11 contests.

No. 3 Michigan Wolverines vs. No. 9 Iowa Hawkeyes Betting Preview

No. 3 Michigan can essentially secure the Big Ten regular season title with a win over No. 9 Iowa on Thursday night.

The Wolverines lead Illinois by three games in the standings and will only have four games left on the schedule following Thursday’s showdown. They have gone 11-1 in their first 12 conference games, with the lone loss coming at No. 23 Minnesota on Jan. 16.

Circa Sports opened Michigan as a 3-point ‘chalk’ before the early betting action pushed the line to -4 as of Wednesday evening. The total opened at 156.5, but it was knocked down to 156 points in the ensuing hours.

Iowa has rattled off four consecutive wins since dropping back-to-back games to No. 7 Ohio State and Indiana. The Hawkeyes have picked up wins over No. 25 Rutgers and No. 21 Wisconsin during that stretch.

They are the No. 1 offense in KenPom’s adjusted efficiency ratings. Their offense has a propensity to live and die by the 3-pointer, but they are the fourth-best outside shooting team in college basketball (40.3%).

Getting open looks from the outside can be routine when defenses are having to double Luka Garza in the paint. Garza, who is now Iowa’s all-time leading scorer, is averaging 24.7 points and 8.5 rebounds per game. He is a -2000 lock to win the Naismith Player of the Year award.

Junior guard Joe Wieskamp is also in double figures, averaging 15.3 points and 6.9 rebounds per game. He is shooting a blazing 49.0 percent from beyond the arc. Senior guard Jordan Bohannon is adding 9.6 points and 4.7 APG.

They will be facing a Michigan defense that has been solid throughout the season, listed at No. 4 in opponent’s effective field goal percentage. It has not forced many turnovers, though, so it should be a clean game for Iowa’s offense.

Michigan is on a five-game winning streak that was capped with a 92-87 thriller at No. 4 Ohio State on Sunday. The Wolverines have seen their title odds approach Baylor and Gonzaga at the top of the market.

While Iowa is led by Garza, Michigan does it by committee. There are six players averaging at least 8.5 PPG, topped by freshman center Hunter Dickinson’s 15.0 PPG. Senior forward Isaiah Livers and sophomore guard Franz Wagner are both scoring in double figures.

They rank No. 6 in KenPom’s adjusted efficiency ratings and are inside the top 20 in 3-point and 2-point shooting. This game could come down to Iowa’s ability to compete on the defensive end, where the Hawkeyes are No. 75 in adjusted efficiency.

Iowa is 3-6 against-the-spread in its last nine games, while Michigan is 9-2 ATS in its last 11. The Wolverines are on a 12-game home winning streak and have gone 7-2 ATS in their last nine home games against Iowa. The Hawkeyes have covered in eight of the last 12 head-to-head meetings overall, though.

Iowa has gone ‘under’ in each of its last five games. Michigan has seen six of its last eight games go ‘under.’ However, eight of the last 12 contests between these teams have gone ‘over.’

If Michigan can continue surviving the onslaught of tough Big Ten opponents, I will happily tip my hat to them. Iowa is a different type of test because it should be able to have more success against Michigan’s defense than teams like Ohio State and Wisconsin had. Garza is going to be the biggest challenge Dickinson has dealt with in his career. The Wolverines could breathe a sigh of relief after getting past the Buckeyes on the road, while Iowa needs a win to keep a shot at the No. 2 seed in the conference tournament alive. I’ll take the points in what should be a hard-fought game that goes down to the wire.