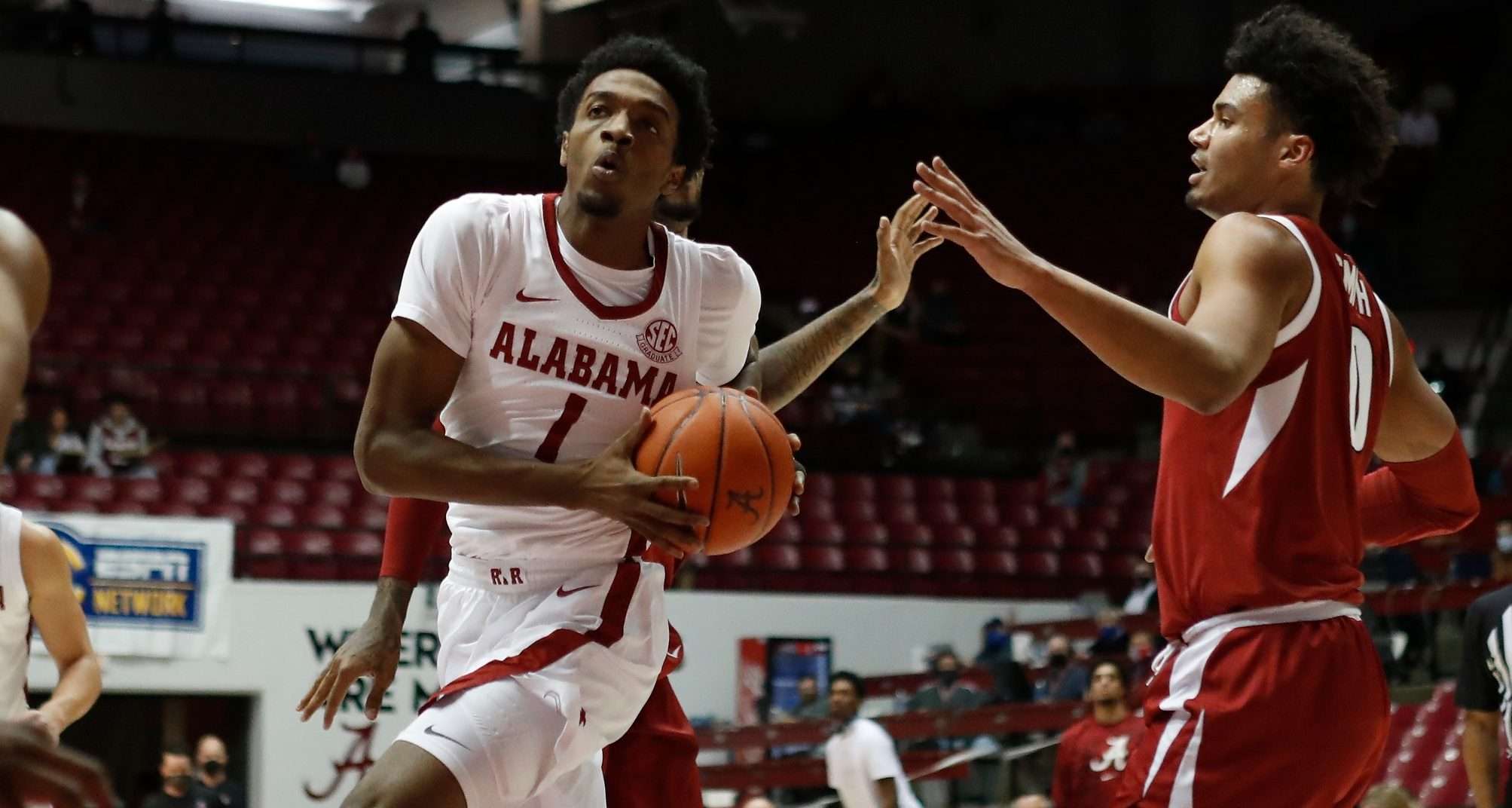 Herb Jones and the Tide will try to sweep the season series from Arkansas with a win Wednesday at Bud Walton Arena.

No. 20 Arkansas Razorbacks vs. No. 6 Alabama Crimson Tide

The Razorbacks were no match for Alabama in a game where the Crimson Tide notched a 90-59 blowout victory in Tuscaloosa. However, Arkansas is now ranked inside the top 20 for the first time since 2015.

The Crimson Tide, who are three games clear of Arkansas and LSU in the SEC standings, opened as a one-point underdog at Circa Sports on Tuesday afternoon. The total opened at 156.5 points. Alabama was a 3-point ‘chalk’ and the total was 163 when these teams met in mid-January.

They have not been quite as dominant in February as they were in January. They dropped their first conference game of the season at Missouri on Feb. 6 and have barely snuck past South Carolina and Vanderbilt.

Sophomore guard Jaden Shackelford is now averaging a team-high 14.5 points after pouring in a season-high 27 on Saturday. Senior guard John Petty Jr. was held to six points vs. the Commodores, while Herb Jones was saddled with foul trouble.

“That’s what our team is about,” Petty Jr. said. “We’re about pulling wins out even though we’re not shooting well or doing what we do best.”

Alabama has only covered the spread twice in its last six games, but it still has a 13-9-1 ATS record overall. The Crimson Tide are known for an offense that plays at the second-fastest tempo in college hoops, but it is their defense that is ranked No. 2 in KenPom’s adjusted efficiency ratings.

Arkansas generally likes to play up-tempo as well, listed at No. 37 in average possession length. The Razorbacks have covered the spread in six of their last seven games.

They have some prior success to draw upon heading into this contest, as they have gone 10-1 in their last 11 home games against Alabama. Their ATS numbers have been good as well, covering in five of the last six head-to-head meetings.

Arkansas might be the most balanced scoring team in the league. The Razorbacks have had a different leading scorer in seven of their last eight games—senior forward Justin Smith is the only player to lead the team in scoring twice during that stretch.

Freshman guard Moses Moody is the Hogs’ top scorer on the season, averaging 16.2 PPG. He poured in 28 points and grabbed nine rebounds in the loss to Alabama in Tuscaloosa.

Crimson Tide senior forward Jordan Bruner returned to the court for the first time since Jan. 12 on Saturday, playing 19 minutes. He had missed the previous nine games with a knee injury.

Alabama might have been looking ahead to this game—or it might have just had an off-day against Vanderbilt—but I fully expect them to show up on Wednesday night. The Crimson Tide can lock up at least a share of the SEC crown with a win. Their defense has been able to get them across the finish line in several games lately, but the offense is due for a big night. Arkansas did not have the firepower to keep up in the first meeting and I do not expect that to change on Wednesday. The Razorbacks are certainly capable of winning this game, but they will need Alabama to shoot poorly from the perimeter. Bruner should impact this one after missing the game in January.