As of Wednesday, most books had Texas A&M installed as a 5.5-point favorite vs. Arkansas.

1-Texas A&M (-4.5) at Arkansas: The Razorbacks are still looking for their first win over the Aggies since they came into the SEC in 2012. However, Arkansas has covered the spread in each of the last three meetings, and five of the last seven encounters have been one-possession games. I like the Hogs catching the points and sense they might be poised to get that first victory at Jerry World.

2-Wisconsin (-6.5) vs. Notre Dame (at Soldier Field in Chicago): The Badgers face their former starting QB in Jack Coan, who has an 8/2 touchdown-to-interception ratio in three games for the Fighting Irish. Coan had a 23/8 TD-INT ratio and five rushing TDs over three seasons and 18 starts for Wisconsin. First meeting since 1964.

3-Clemson (-10) at North Carolina St.: The Wolfpack are only 6-10 against the spread in 16 games as a home underdog during Dave Doeren’s nine-year tenure. Clemson is 21-17-1 ATS in its last 39 games as a road favorite. The Tigers have beaten NC St. by a combined score of 96-10 in the last two meetings. However, they’ve scored only 17 points in two games against FBS foes this year. Clemson’s offense needs to come to life soon, but it will benefit from the absence of NC St. star LB Payton Wilson, a first-team All-ACC selection in 2020 who was lost to a season-ending injury in Week 2.

4-West Virginia at Oklahoma (-17): The ‘over’ has cashed in six straight WVU-OU games and eight of the last nine. The Sooners have won all eight encounters since the Mountaineers entered the Big 12 in 2012, and they’re 5-0-1 ATS in the last six meetings. With all that said, Lincoln Riley’s bunch has been unimpressive through three games, playing a pair of one-possession contests at home vs. Tulane (40-35) and Nebraska (23-16) when it was favored by 53.5 combined points. WVU is 3-0 ATS with two outright wins in its last three games as a double-digit underdog.

5-LSU (-2.5) at Mississippi St.: The Bulldogs dominated the stats and got completely hosed on a horrific non-call(s) on a Memphis TD that shouldn’t have counted in a 31-29 loss. The Tigers lost their best pass rusher Andre Anthony to a season-ending injury last week. They’re looking for revenge after losing a 44-34 decision to MSU in last year’s opener.

6-Kansas St. at Oklahoma St. (-6): K-St. owns a remarkable 31-11 spread record in 42 games as a road underdog since November of 2009. The Cowboys have won three straight one-possession games, getting their first spread cover in a 21-20 win at Boise St. in Week 3. Mike Gundy’s team needs to get more out of the passing game. K-St. QB Will Howard had a pair of rushing TDs and one TD pass without an interception in last week’s 38-17 home win over Nevada. That’s great news for Chris Klieman after Howard struggled in 2020 once Skylar Thompson went down with a season-ending injury.

7-UCLA (-4.5) at Stanford: The Cardinal is 5-2 both SU and ATS in seven games as a home underdog during David Shaw’s 11-year tenure. Shaw’s team has won back-to-back games in blowout fashion at USC and at Vandy. However, Stanford is going to be without three of its top-four rushers against the Bruins, and it is also dealing with injuries galore in the secondary. This is only UCLA’s second road ‘chalk’ role during Chip Kelly’s four-year tenure. The Bruins are in bounce-back mode after dropping a last-second heartbreaker to Fresno St. in Week 3.

8-Missouri (-1.5) at Boston College: Big game for ‘over’ seven or 7.5 backers like me for BC’s season win total, especially with star QB Phil Jurkovec possibly out for the rest of the season. The Eagles have handled three cupcake opponents to date. If the line holds, we’ll note that BC is 9-1-1 ATS in their last 11 games as a home underdog.

9–Rutgers at Michigan (-20): Battle of Unbeatens is a revenge spot for the Scarlet Knights, who took the Wolverines to triple overtime before dropping a 48-42 decison last season. RU will be without two key members of the secondary who were suspended earlier in the week.

10-Tennessee at Florida (-19.5): The Gators are 15-1 in the last 16 head-to-head meetings with the Vols, who pulled out a miracle backdoor cover on a 4th-and-10 play in the final minute last year. Ten of UF’s last 14 wins over UT have been by double-digit margins. With that said, this is a vintage letdown scenario for Dan Mullen’s team. I’m hearing that Joe Milton, who left the Pitt game two weeks ago injured and couldn’t go in Week 3, is going to start at UF instead of Hendon Hooker, who has a 5/1 TD-INT ratio. I think that’s a mistake by Josh Heupel and his staff.

1-UTSA at Memphis (-3): The Tigers are in a flat spot after beating Mississippi St. last week. The Roadrunners are unbeaten this year and 15-9 ATS in their last 24 games as road underdogs.

2-Boise St. (-9) at Utah St.: Blake Anderson has the Aggies sporting a 3-0 record both SU and ATS with road wins at Washington St. and at Air Force. The Broncos are 1-2, allowing double-digit leads to get away in both of their defeats.

3-San Jose St. at Western Michigan (-3): Will any team in the nation have a worse travel situation than the Spartans in this spot? They won at Hawaii late Saturday night and now have to travel East for a 2:00 p.m. Eastern kick that’s 11:00 a.m. for their body clocks. The Broncos posted a huge win at Pitt last week, but head coach Tim Lester is out of this game after testing positive for COVID-19 on Monday.

4-UAB at Tulane (-3.5): The Green Wave finally return home after being gone for nearly a month. They’re looking to bounce back from a woodshed beating at Ole Miss. UAB took similar treatmemnt at UGA two weeks ago. 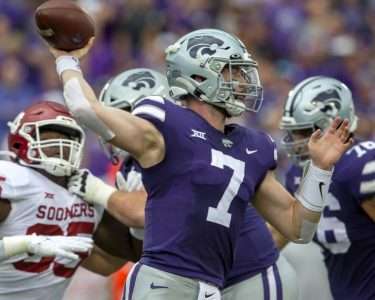 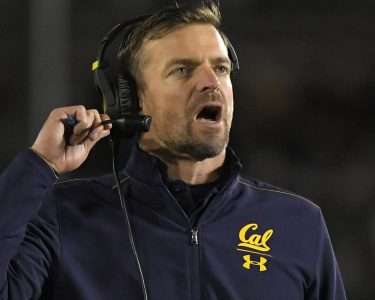