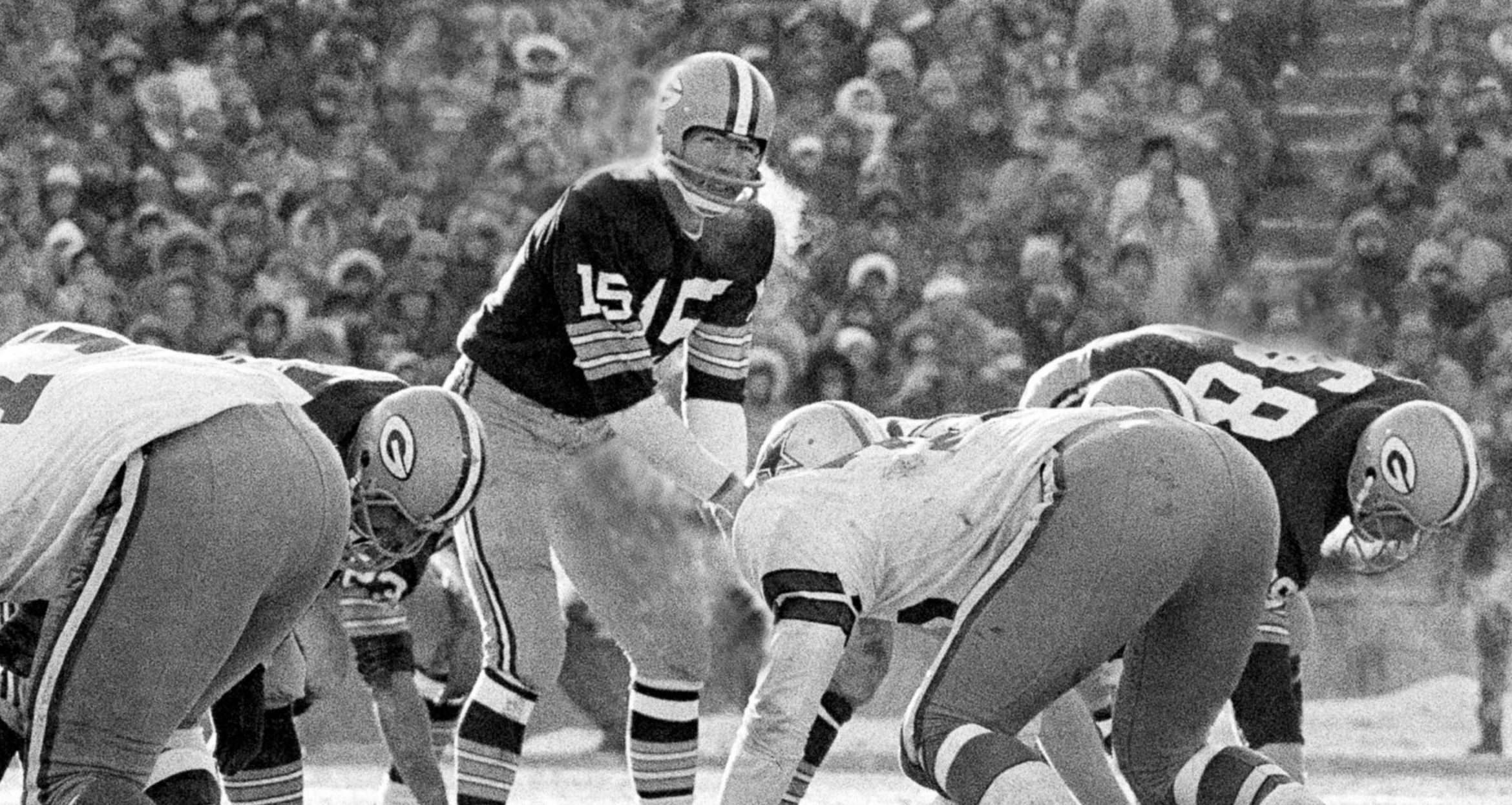 Starr’s health had been in sharp decline the last five years after he suffered two strokes and a heart attack in 2014, leading to seizures. He also incurred a broken hip.

Starr played quarterback for Green Bay from 1956 to 1971. Tom Brady is to Bill Belichick what Starr was to Vince Lombardi, who in his first year as an NFL coach pulled the starting quarterback in favor of Starr.

The 17th-round pick in the ’56 NFL Draft, Starr responded by delivering five NFL championships and Super Bowls I and II to the Packers, along with an NFL MVP in 1966.

His most famous moment came in the 1967 NFL Championship, also known as the Ice Bowl. With a game-time temperature of minus-15 degrees, and a wind chill of minus-36 degrees, the field in Green Bay was solid ice.

Quarterbacks called their own plays in those days, and Starr suggested to Lombardi that he’d run a basic wedge play, but keep the ball instead of handing it off.

“Then let’s do it and get the hell out of here!” Lombardi famously replied. Starr scored, and the Packers beat the Dallas Cowboys, 21-17, to advance to Super Bowl I.

Starr is a member of the Pro Football Hall of Fame, the Packers Hall of Fame and his No. 15 jersey is retired in Green Bay. He also acted as head coach from 1975 to 1983.

The play “climaxed” the Lombardi era, according to Packers.com. Because of that iconic touchdown, Green Bay remains the only NFL franchise to win three straight championships.

“Maybe the most popular player in Packers history, Starr will be eulogized for being a consummate professional, a Good Samaritan and an exemplary role model,” Packers.com wrote.

Starr also played football at Alabama, where he finished second in the nation in punting as a sophomore while starting at quarterback and safety.

But in those days, members of the A-Club, which included all varsity athletes, partook in some brutal hazing. Others beat Starr’s back so hard with a wooden paddle that he had to be hospitalized, and he missed most of his junior and senior seasons because of it.

“His back was never right after that,” Cherry Starr told AL.com in 2016. “His whole back all the way up to his rib cage looked like a piece of raw meat. The bruising went all the way up his back. It was red and black and awful looking. It was so brutal.”

Starr is survived by his wife, Cherry.