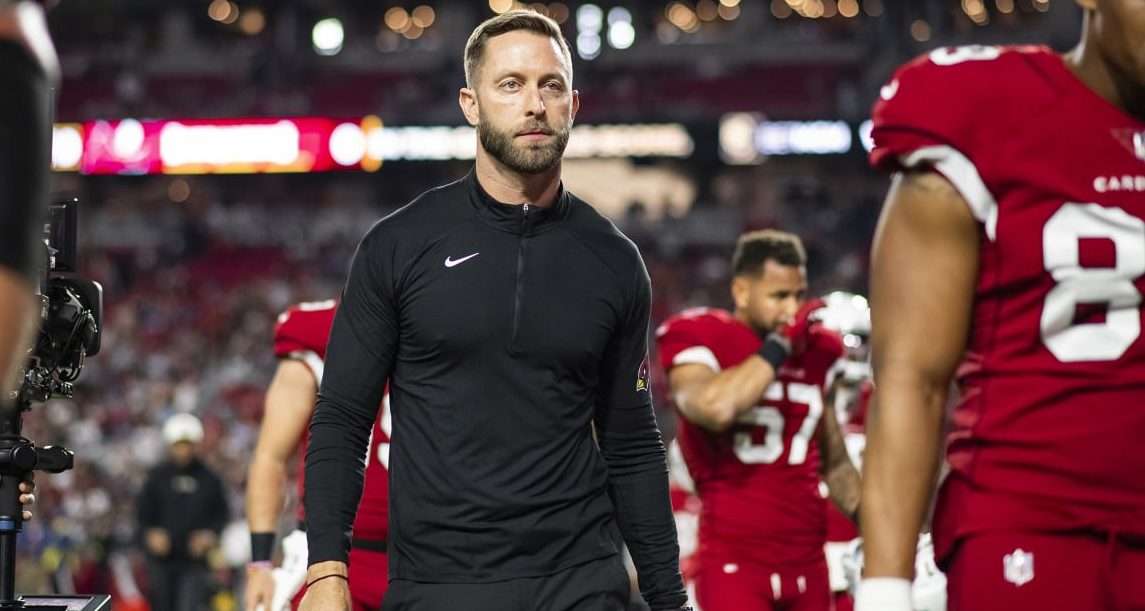 Arizona is moving on from Kliff Kingsbury after one playoff appearance in four seasons.

The Arizona Cardinals have fired head coach Kliff Kingsbury and General Manager Steve Keim has resigned, according to a press release from the organization.

Arizona lost a 38-13 decision at San Francisco as a 14-point underdog in Sunday’s regular-season finale. The Cardinals finished with a disappointing 4-13 straight-up record and an 8-9 against-the-spread mark.

After a third straight losing season as the HC at Texas Tech in 2018, Kingsbury’s alma mater fired him. He was named USC’s offensive coordinator in December of 2018, only to resign from that position to interview for NFL jobs in January of 2019.

After interviewing with the Jets and Cardinals, Kingsbury was named Arizona’s next HC on January 8. The Cardinals finished the 2019 campaign with a 5-10-1 record.

This season was a disaster by every measure. Arizona had to go without perennial Pro-Bowl WR DeAndre Hopkins in its first six games. Hopkins was suspended by the NFL for a violation of the league’s performance-enhancing drugs policy.

The Cardinals started the season 4-6, but they ended the year on a seven-game losing streak. Franchise QB Kyle Murray tore his ACL on Christmas Day in the first quarter of a 19-16 overtime loss to Tampa Bay. Murray probably won’t be ready to return until midway through the 2023 season.

On Dec. 14, the Cardinals announced that Keim was taking an indefinite leave of absence due to health reasons. He stepped down earlier today to focus on his health.

Kingsbury’s four-year tenure ends with a 28-37-1 record. The 43-year-old immediately becomes a prime candidate to become an offensive coordinator at a Power-Five program in college or another NFL team.