–Gamblers are 10 days away from NBA action. Like I said last week, this NBA bubble is going to work:

–Gonzaga center Filip Petrusev announced today that he’s foregoing his last two years of eligibility to sign with Mega Bemax, a Serbian professional team. Petrusev was the WCC Player of the Year this past season when he averaged team-highs in scoring (17.5 points per game) and rebounding (7.9 RPG) for the Bulldogs. Mark Few has a lot of young bigs with talent, but Gonzaga will definitely miss Petrusev.

–There’s a veteran linebacker in the portal as a grad transfer in Tony Fields, who announced his departure from Kevin Sumlin’s program at Arizona on July 15. As a freshman in 2017, Fields produced 104 tackles, five sacks, 2.5 tackles for loss, one interception, one pass broken up and one QB hurry. He had 89 tackles, 2.5 TFL’s, two sacks and one QB hurry in 2018.

–I called Phil Steele’s office this morning and was told that my preseason mag was shipped on July 14. I was hoping it would be here today, but that didn’t happen. His preseason Top 10 looks like this:

—Here are my preseason rankings.

–West Virginia has 28 football players who have tested positive for COVID-19.

–The California Interscholastic Federation announced today that sections of California will delay the start of the high school football season to December or January.

–Milwaukee’s Pat Connaughton hasn’t joined the Bucks in Orlando yet after testing positive for COVID-19, but he told the Milwaukee Journal-Sentinel that “he feels great and is healthy” and is just waiting to clear all of the NBA’s protocols.

–Sacramento’s Marvin Bagley sustained a right foot injury Sunday. The Kings are awaiting the results of an MRI.

–All signs are pointing to Indiana’s Victor Oladipo playing in the NBA restart. He had stated earlier this month that he’d sit out due to injury concerns.

–I don’t remember the last time a UFC card has had 14 fights on it. ‘UFC Fight Island 3’ this Saturday has 15 scraps after Khamzat Chimaev vs. Rhys McKee was added. Chimaev had a spectacular Octagon debut at UFC Fight Island 1 last Wednesday, obliterating John Phillips via second-round submission in a middleweight contest. He’ll be dropping down to his natural welterweight class vs. McKee, who got the call on six days’ notice. BetOnline has Chimaev as a -1200 favorite, with McKee at +800 on the comeback.

–After losing by first-round submission (heel hook) to Jack Hermansson in less than 90 seconds in Saturday’s co-main event, Kelvin Gastelum has lost three fights in a row. He’s only 28, so Gastelum has plenty of time to get things turned around. However, after coming so close to finishing Israel ‘The Last Stylebender’ Adesanya in Round 4 of their epic battle for the middleweight strap in the 2019 Fight of the Year, his downward spiral since then is starting to remind me of Gray Maynard following his draw and fifth-round knockout loss to Frankie Edgar for the lightweight belt back in 2011.

–If you haven’t been watching Showtime’s series, ‘Outcry,’ you need to check it out. It’s the story of Greg Kelley, who was a high school senior en route to UTSA on a football scholarship when he was accused of molesting a 4-year-old boy. He was wrongfully convicted and served three years of a 25-year sentence before being released and eventually cleared of all wrongdoing. Now the 24-year-old is trying to become a walk-on player at Texas. Chip Brown of Horns247 penned this story about Kelley yesterday.

—Antonio Brown is so starving for attention that he announced his retirement for the 48th time in the last year today.

–The Philadelphia Eagles have already waived undrafted Khalil Tate, the former Arizona quarterback who is trying to make it at wide receiver in the NFL. 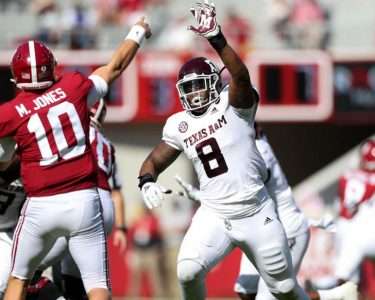 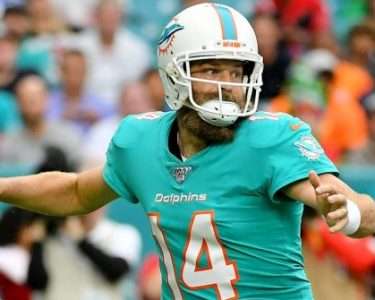