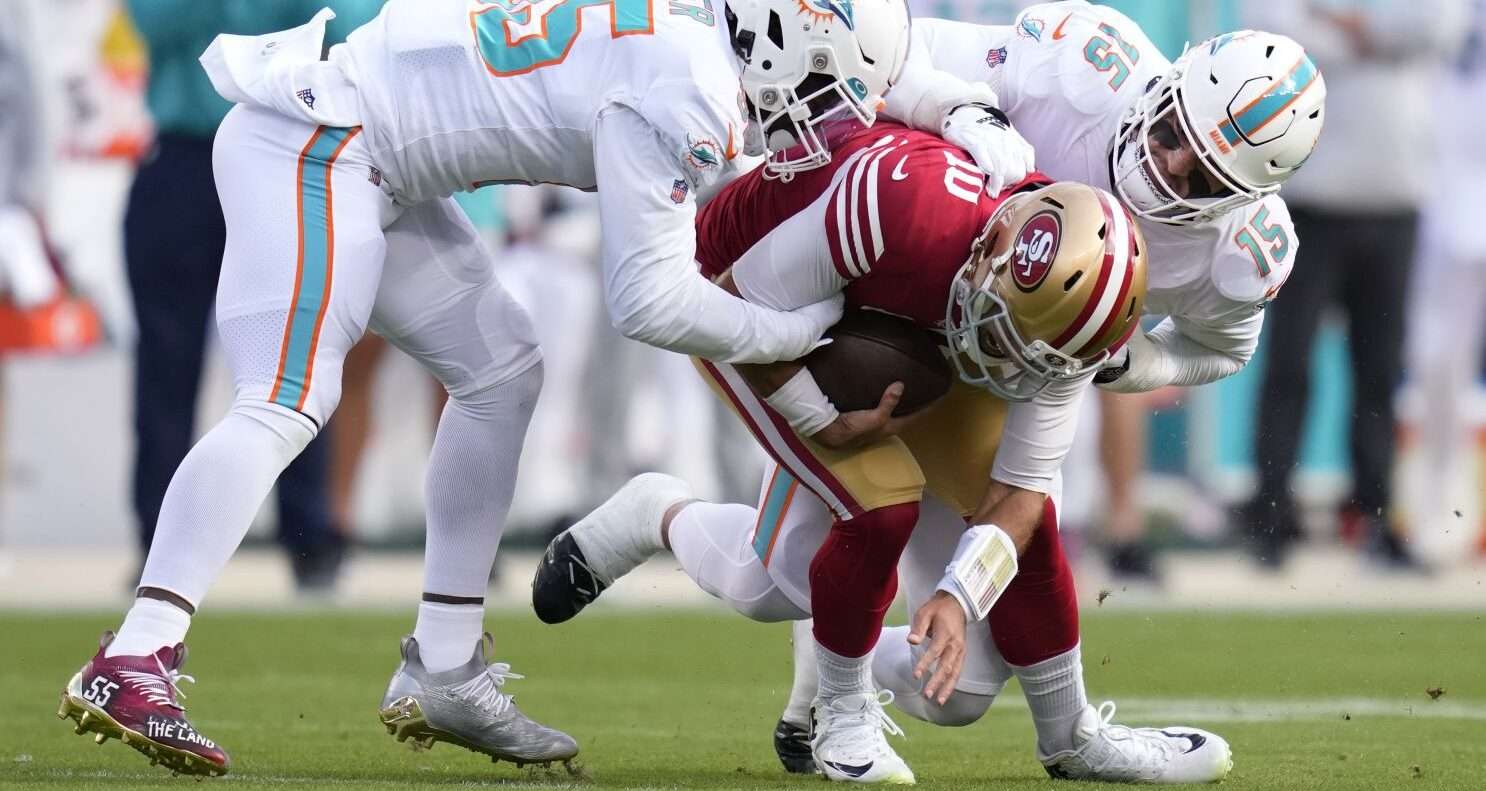 With Jimmy Garoppolo out for 7-8 weeks with a broken foot, San Francisco must turn to rookie QB Brock Purdy as its starter for the rest of the regular season and early in the playoffs.

San Francisco won its fifth straight game Sunday when it cooled off the red-hot Dolphins in a 33-17 win as a 4.5-point home favorite. The 49ers improved to 8-4 straight up and 7-5 against the spread, but the victory proved to be bittersweet.

Starting quarterback Jimmy Garoppolo sustained a broken left foot that will keep him out for the rest of the regular season. He becomes the second 49ers’ QB to go down, as Trey Lance suffered a season-ending broken ankle back in Week 2. However, unlike Lance, there’s a possibility Garoppolo could return if they make a push deep into the playoffs. He’s expected to be out for 7-8 weeks.

“Just hearing it, it’s pretty crushing,” San Francisco head coach Kyle Shanahan said. “You know what Jimmy has been through, how hard he’s worked at this.”

Garoppolo was replaced by rookie QB Brock Purdy. The Iowa St. product was “Mr. Irrelevant” after being taken with the final pick of the 2022 NFL Draft at the end of the seventh round.

Purdy completed 25-of-37 passes for 210 yards and two touchdowns with one interception. Before playing vs. Miami, his only significant playing time came in a 44-23 loss to Kansas City on Oct. 23.

Purdy completed 4-of-9 throws for 66 yards with one interception against the Chiefs.

Purdy had an 81/33 career TD-INT ratio for the Cyclones. He does bring a scrambling dynamic to the table. Purdy had 1,177 career rushing yards and 19 TDs at Iowa St.

Most books have the 49ers listed as 3.5-point home favorites Sunday vs. Tampa Bay, which has to fly across the country on a short week after rallying for a 17-16 home win over New Orleans on Monday Night Football.

San Francisco has a one-game lead over Seattle in the NFC West.