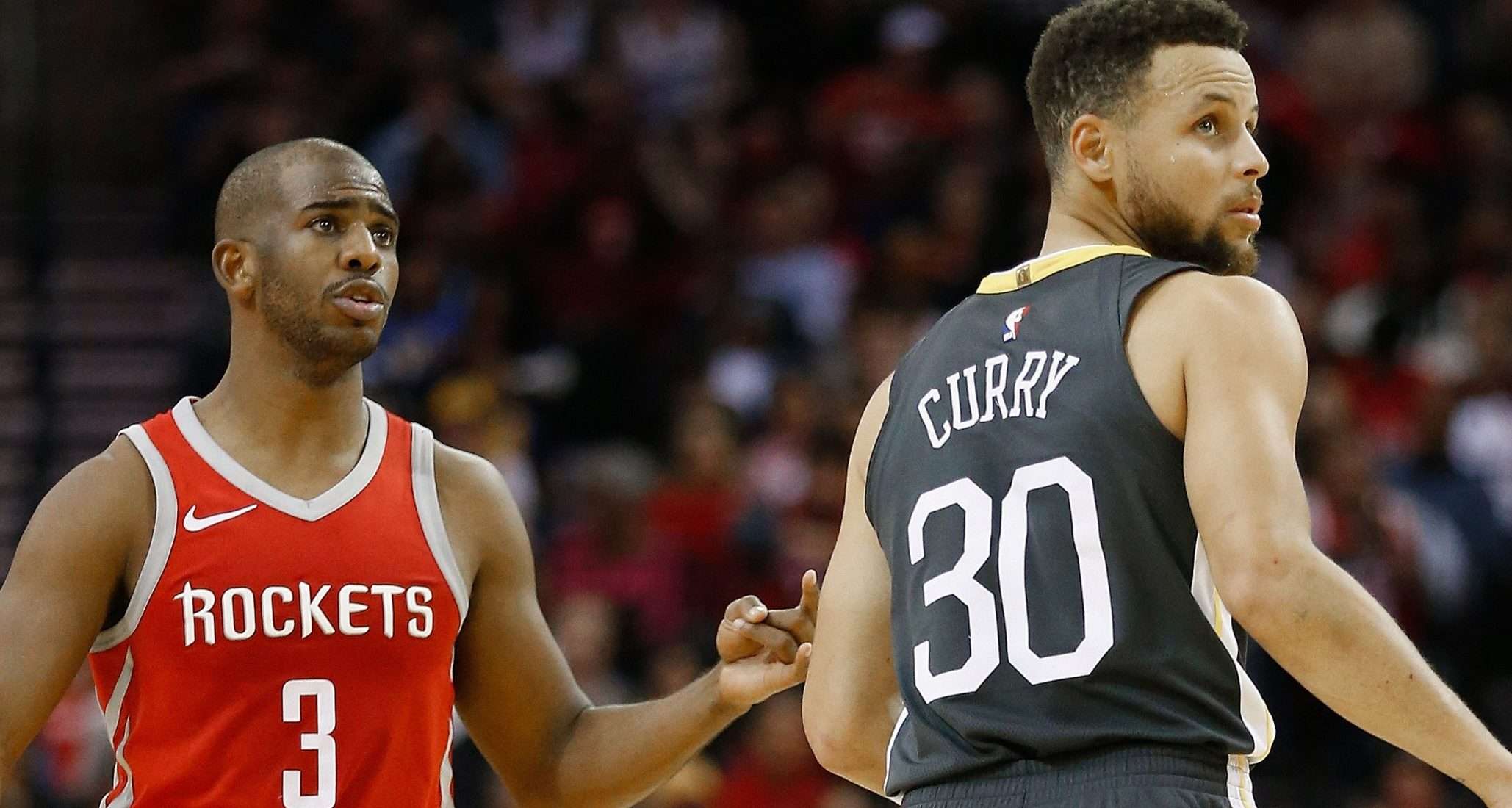 Steph Curry and the Warriors are -360 favorites vs. Houston in the Western Conference semifinals.

Although Boston is the only team to officially advance to the second round, the Westate SuperBook in Las Vegas already has released odds for three of the four NBA playoffs second-round series.

Gordon Hayward led seven Boston players in double figures with 20 points. The ninth-year veteran guard drained 7-of-9 field-goal attempts and all three of his launches from 3-point range. Marcus Morris and Jayson Tatum finished with 18 points and eight rebounds piece.

Milwaukee, the No. 1 seed in the Eastern Conference, can deal out broom treatment with a Game 4 win tonight at Detroit. The Bucks have easily covered big numbers in three blowout wins over the Pistons, who are listed as 13-point home underdogs.

These clubs met in last year’s opening round of the playoffs. Boston had homecourt advantage and needed it. The home teams won every game, including the Celtics’ 112-96 victory as five-point favorites in Game 7. The ‘over’ cashed at a 5-2 clip.

Milwaukee is hoping to get Pau Gasol and Malcolm Brogdon back soon. Both players are injured and haven’t dressed out in the Detroit series. The Celtics don’t expect Marcus Smart to return unless they make it to the East finals.

After losing Game 1 to Orlando, Toronto has won three straight games over the Magic. The Raptors will try to wrap up the series in Tuesday’s Game 5. They’re listed as 11.5-point home favorites at most books.

The Westgate has Toronto as a -220 favorite against the 76ers, who are +180 underdogs. Like the Raptors, Philadelphia lost Game 1 at home to Brooklyn in the first round. Since then, however, the 76ers have won three consecutive contests to take a 3-1 advantage.

Brett Brown’s team has covered the spread in all three of those wins, including Saturday’s 112-108 victory as a 3.5-point road favorite. Philadelphia closed Game 4 on a 16-7 run to cover the number by one-half point. Down by one with 18 seconds remaining, Mike Scott buried a go-ahead trey. Then after a Brooklyn miss, it fouled Scott with four ticks left. He made both free throws to give Philadelphia backers a fortunate winner.

Joel Embiid sat out Game 3 to rest his sore knee, but he made a huge impact on Game 4 in his 31 minutes of playing time. The All-Star center produced 31 points, 16 rebounds, seven assists, six blocked shots and a pair of steals.

Most books have the 76ers installed as eight-point home favorites for Tuesday’s Game 5 against the Nets.

Golden State saw an eight-point halftime lead turn into a five-point deficit with three minutes left in the third quarter of Sunday’s Game 4 against the Clippers at Staples Center. Steve Kerr’s squad responded with a 19-4 run, however, and won a 113-105 decision to take a 3-1 series lead. It wasn’t enough for the Warriors to hook up their betting supporters, though, as the Clippers took the money as 9.5-point home underdogs.

Golden State will try to close Los Angeles out in Wednesday’s Game 5 at Oracle Arena. The Warriors are 14-point home ‘chalk’ at most spots.

Houston holds a 3-0 series advantage over Utah going into tonight’s Game 4 in Salt Lake City. Most book have the Rockets as three-point road favorites.

Remember, Houston had a 3-2 series lead over Golden St. in last season’s West finals. However, with perennial All-Star Chris Paul out of both Game 6 and 7 with a strained hamstring, the Warriors rallied to eliminate the Rockets and eventually win another NBA championship.

Denver and San Antonio’s series is knotted at 2-2 with Game 5 scheduled for Tuesday at Pepsi Center. The Nuggets are 5.5-point home favorites at most books.

Portland won Game 4 last night at Oklahoma City to take a commanding 3-1 series lead. The Thunder is certainly capable of rallying from this deficit, but it must get better play from Russell Westbrook. The UCLA product has made merely 29-of-80 (36.3%) field-goal attempts in the series. The Trail Blazers are three-point home ‘chalk’ for Tuesday’s Game 5.

The team I feel is the most appealing for a future bet is the Celtics at their 16/1 price. Boston certainly had a tumultuous regular season with Hayward and Kyrie Irving coming back after missing last year’s postseason. With Terry Rozier and Tatum filling their roles effectively, the Celtics pushed Cleveland to seven games before bowing out of the East finals.

It took time for Brad Stevens and his players to settle into their new roles this year with Irving and Hayward returning. If the opening round against Indiana is any indication, Boston now appears to be in a good place with Milwaukee on deck. Even if Brogdon and Gasol return, will they be 100 percent and how much of an adjustment will it be to integrate them back into the Bucks’ rotation?

Remember, when Boston played at Golden St. during the regular season, it crushed the Warriors 128-95 as a 6.5-point road underdog. The Celtics led by 25 points at intermission and by as many as 35.