The next Trevor Lawrence: 6 freshmen who can start for national title contenders 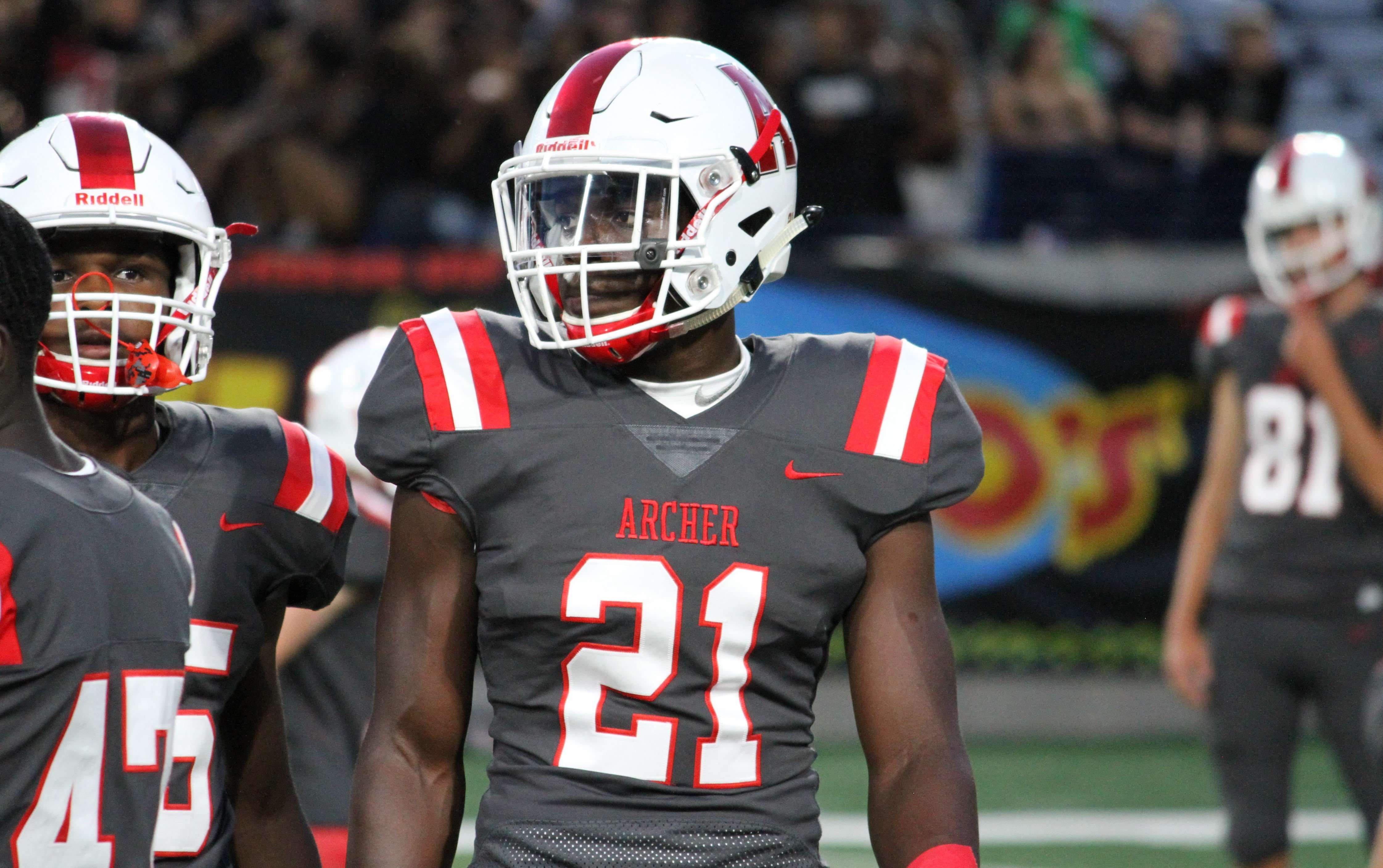 Clemson CB Andrew Booth may be the biggest impact freshman in college football in 2019.

Greater development at the high school level and the ever-increasing list of college players who declare early for the NFL draft early has created a clearer path to the playing field.

Who could be the next Tua Tagovailoa, Trevor Lawrence or Justyn Ross? After looking through the top contenders to win the 2019-20 national championship from MyBookie, we take a closer look at six impact freshmen who could win a title.

The Clemson Tigers handed the offense to Lawrence, the No. 1 overall recruit in the ’18 class, in Week 5. He and Ross developed chemistry that played out beautifully in a 44-16 victory over Alabama in which the two connected on six passes for 153 yards and a big touchdown.

With Lawrence, Ross and running back Travis Etienne returning, there aren’t many opportunities on offense. But the Tigers must replace experience and production on defense. You may think defensive line, where Clemson must replace all four starters, but there’s a greater chance for a freshman to start in the secondary.

Andrew Booth didn’t enroll early, but he’ll have a chance this fall. A five-star recruit ranked No. 2 among high school corners in the 247Sports Composite, Booth is talented enough to push for playing time. It won’t be a shock if he starts by midseason.

Jalen Hurts overtook Blake Barnett in the first game of his freshman season. Saban replaced Hurts with Tagovailoa at halftime with the national title on the line. He also played true freshmen Alex Leatherwood and Najee Harris extensively in the second half of that championship clash with Georgia.

Saban has a long list of options, given that Alabama signed the No. 1 recruiting class. Offensive lineman Pierce Quick and pass rusher Antonio Alfano could be instant performers. But kicker Will Reichard likely will make the biggest impact.

Ranked No. 1 at his position, Reichard will compete for kickoff and place-kicking duties. He could also earn time as a punter. Alabama’s kicking woes are well-documented, and if Saban believes a true freshman is the best option, we can expect Reichard to play.

Quarterback Jake Fromm nearly led Georgia to a win over the Crimson Tide in the College Football Playoff Championship Game two years ago, which cemented the Bulldogs as a threat to Alabama’s SEC dynasty.

Following the loss of four of his top five receivers, Fromm must find some new playmakers in the passing game.

Hoover’s George Pickens, a high school teammate of Reichard, became the story of National Signing Day in February. Committed to Auburn for years, the five-star wide receiver flipped at the last minute to sign with the Bulldogs.

He won’t be on campus until the fall, but Pickens’ blend of size and athleticism should help him work into the rotation early.

Also keep an eye on pass rusher Nolan Smith, the No. 1-ranked player in the 247Sports Composite. He might not start, but because the Bulldogs struggled to get to the quarterback in 2018, Smith’s potential to pressure the passer should be valuable.

Like Pickens, receiver Garrett Wilson could work into the mix at receiver for Ohio State. However, the Buckeyes have a more experienced (and arguably more talented) group of receivers.

Another true freshman could make a more immediate impact on defense.

Zach Harrison signed with the hometown Buckeyes, and like Wilson, is already on campus. The 6-foot-5, 253-pound pass rusher was ranked No. 12 overall in the 247Sports Composite.

Despite Chase Young and Jonathon Cooper both returning as starters on the edge, Ohio State should put Harrison in the rotation to build depth and help replace Nick Bosa and Dre’Mont Jones, who both left early for the NFL.

Running back Karan Higdon ran for 1,178 yards and 10 touchdowns last season, but he exhausted his eligibility. 2019 senior Chris Evans would be the perfect successor, but he left the football team to get his academics in order.

Evans could return this fall, but the uncertainty gives Zach Charbonnet a chance to compete for carries. Listed at 6-foot-2 and 215 pounds, Charbonnet is bigger than returnees Tru Wilson and Christian Turner.

Charbonnet signed with Michigan as a high four-star recruit, ranked fourth among the 2019 running backs.

Who wouldn’t want to play receiver in an offense that produced back-to-back Heisman Trophy winners?

Jadon Haselwood won’t catch passes from Baker Mayfield or Kyler Murray, but with head coach Lincoln Riley still calling the plays and with Alabama transfer Jalen Hurts behind center, the Oklahoma Sooners should give him opportunities to make plays.

Ranked as the top receiver in the 2019 class, Haselwood, has the potential to be one of college football’s elite players alongside Sooners star CeeDee Lamb. He’s also the headliner of one of the greatest receiver hauls in history, joining early enrollees Theo Weasem, Trejan Bridges and tight end Austin Stonger. It’s also possible that Spencer Rattler – a five-star quarterback signee – could make a huge impact should Hurts get injured or not play well.

Handicapping the impact of these players

Can any of these true freshmen to provide value on a futures bet? Should any trigger a red flag to stay away from a particular team?

Freshmen quarterbacks and receivers have made the biggest impact for recent national title contenders. The six teams above should be set at QB, so Pickens and Haselwood have the inside track.

Pickens is more physically imposing, but Haselwood is more explosive and has a head start as an early enrollee. The Sooners also have an easier path to the playoff.

Rattler is the most likely freshman quarterback to impact the College Football Playoff this season, though it would probably take an injury to Alabama grad transfer Jalen Hurts to thrust him into that role.

Michigan’s running back depth troubling even if Evans returns. Charbonnet has missed time this spring, as have backups Christian Turner and Hassan Hankins. The Wolverines have moved tight end Ben VanSumeren to running back. VanSumeren and former walk-on Tru Wilson are the only healthy scholarship ball-carriers on the spring roster.

The smartest play may be to stay away from Michigan futures.