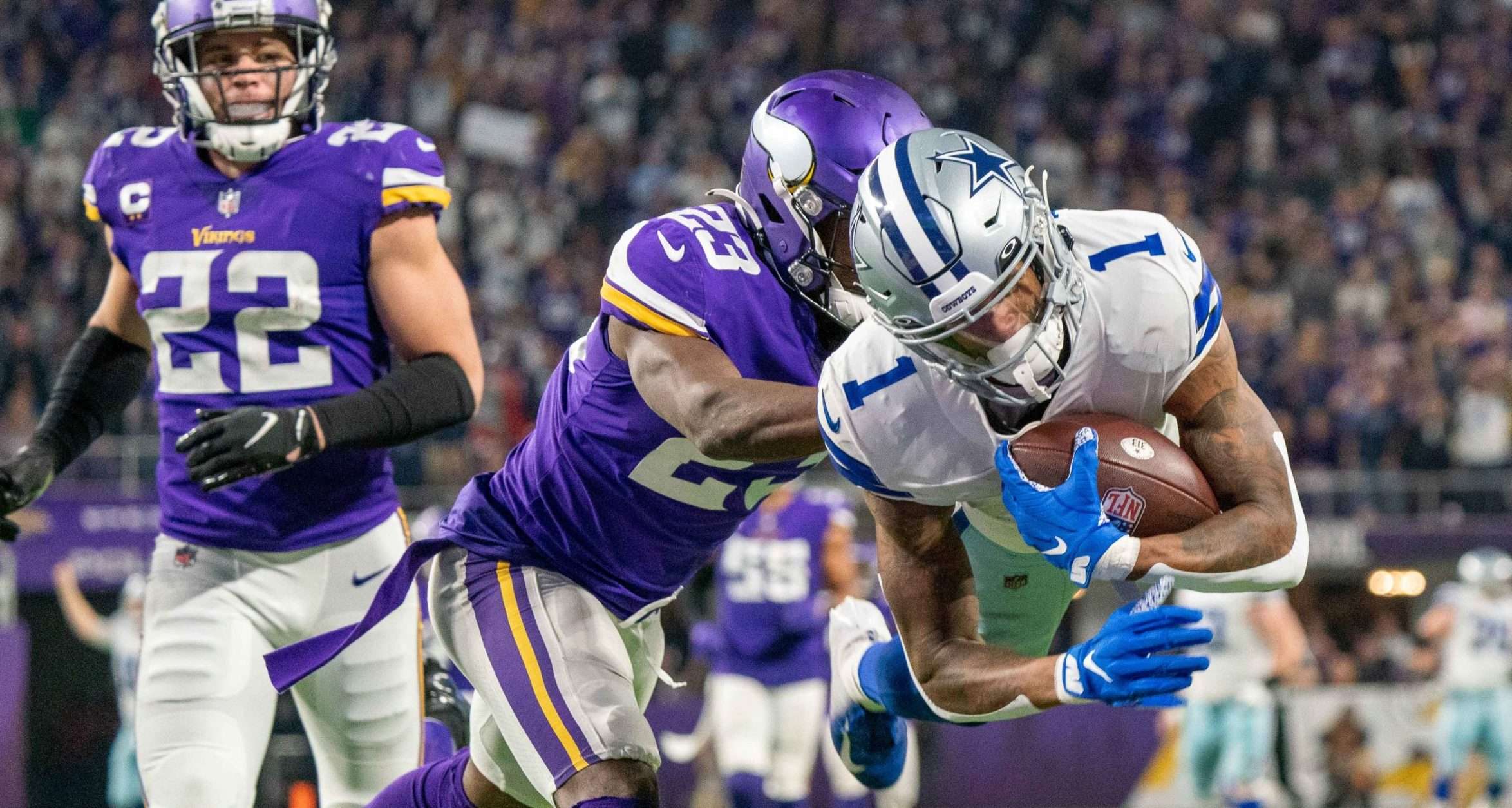 Dallas is the NFL's only team with a perfect record against the spread.

–The Las Vegas Raiders have released Henry Ruggs, the 22-year-old wide receiver who was involved in a tragic automobile crash early Tuesday morning. According to multiple reports, Ruggs’s Corvette was moving “at a high rate of speed” and veered into the lane that a Rav4 was travelling a few miles off the Vegas strip in a residential area. The driver of the Rav4 was an unidentifed 23-year-old female, who was killed along with her dog. Ruggs and his girlfried sustained “serious but non-life-threatening injuries.” Ruggs, who “showed signs of impairment,” was detained after receiving medical treatment. He is facing two felony charges of DUI resulting in death and reckless driving. A conviction in Nevada for DUI causing death carries a possible prison sentence of two to 20 years in prison (and probation is not an option). The potential sentence for reckless driving is one to six years. Ruggs had 24 receptions for 469 yards and two touchdowns in seven games this season. As a rookie in 2020, the Alabama product had 26 catches for 452 yards and two TDs, including a game-winning catch on a bomb from Derek Carr in the final seconds of a win over the Jets in the Meadowlands.

–Aaron Rodgers is ‘out’ Sunday at Kansas City after testing positive for COVID-19. The new spread is also out.

–Dallas is the only NFL team with a perfect against-the-spread record at 7-0. The Packers are 7-1 ATS, while the Titans and Cardinals are both 6-2 versus the number.

–This is not the news the Saints were looking for regarding star WR Michael Thomas:

–With Derrick Henry sidelined, DraftKings has Indianapolis RB Jonathan Taylor as the +250 ‘chalk’ to finish with the most rushing yards. The next-shortest odds are Cleveland RB Nick Chubb (+300), Dallas RB Ezekiel Elliott (+350) and Cincinnati RB Joe Mixon (+550). Potential longshot worth a nibble? Perhaps Lamar Jackson at 25/1?

–The Bengals were playing their third road game in three weeks when they shockingly lost outright as 11-point favorites this past Sunday at the Jets. I like Cincinnati to bounce back as a 2.5-point home favorite Sunday vs. the struggling Browns, who are 1-3 both straight up and ATS in their last four contests.

–As for the Sooners, they’re fine. Their strength of schedule is poised to get a monster boost with the three games they have coming up after this week’s open date: at Baylor (#12), vs. Iowa St. (unranked, but presumably not by much) and at Oklahoma St. (#11). As for the Bearcats, blame Indiana. If the Hoosiers don’t settle for short field goals all day vs. Michigan St., perhaps UC is ranked higher? So, what do UC fans need to happen? First of all, win out with style points (galore!). Root for Indiana, Notre Dame, Houston and SMU to win their remaining games (except when the Mustangs and hopefully the Cougars play the Bearcats, obviously). Also, you’re a big fan of Purdue and Penn St. this month. UC fans want the Boilermakers to beat Sparty and/or Ohio St., and you want the Nittany Lions to knock off Michigan and/or Sparty. You also need Oregon and Oklahoma to go down.

–Mississippi St. is a five or 5.5-point underdog Saturday at Arkansas. Mike Leach’s teams are 21-10 against the spread in their last 31 games as road underdogs.

–In other MACtion games last night, Ball St. won 31-25 at Akron, but the Zips easily covered the spread as 20-point home underdogs. Ohio won for just the second time this season in a 35-33 victory over Miami (OH.) as a seven-point home underdog. The Bobcats, who are on a 4-1 ATS run, are at Eastern Michigan on Tuesday.

–There’s a MACtion doubleheader tonight. Northern Illinois is at Kent St. on ESPN2 at 7:00 p.m. Eastern, while Central Michigan is at Western Michigan on ESPNU at 7:00 p.m. Eastern. The Broncos are favored by 10 over the Chippewas, who are 1-3 both straight up and ATS in four road assignments. WMU (5-3 SU, 4-3-1 ATS) is 3-1 both SU and ATS in four home games. CMU (4-4 SU, 3-5 ATS) is mired in a 1-5 ATS slide and has lost three in a row to the Broncos, who won a 52-44 decision in Mt. Pleasant last season in a pick ’em affair. The Chippewas are 5-3 ATS in eight games as road underdogs during Jim McElwain’s three-year tenure.

–No. Illinois (6-2 SU, 5-2-1 ATS) is a 3.5-point underdog tonight at Kent St. The Huskies are 4-0 in conference play with a comfortable lead in the West Division, where Ball St. and EMU are tied for second with 3-2 league ledgers. Kent St. leads the MAC East with a 3-1 mark, with Miami (OH.) trailing by one-half game with its 3-2 conference record. NIU is 3-1 both SU and ATS in four road games this season, while the Golden Flashes are undefeated at home with a 2-1 spread record. This is the first meeting between these schools since 2017.

–In case you missed it yesterday, Ga. Southern made a splash hire by naming former USC coach Clay Helton as its replacement for Chad Lunsford, who was fired on Sept. 26 in the fifth season of his tenure. Helton was also fired in September by the Trojans.

–Since Texas A&M joined the SEC in 2012, Auburn has compiled a 4-0 SU record and a 3-0-1 ATS mark at Kyle Field in College Station. However, the Aggies are off an open date and on a three-game winning streak both SU and ATS.

–With Clemson’s miracle cover vs. FSU (yes, I was on the ‘Noles for that unfathomable Bad Beat, although it was a push for me because I bought the half-point to 10), it “improved” to 1-7 ATS. That leaves Missouri as the nation’s only team without a spread cover at 0-8 ATS. In fact, the Tigers are in the midst of a 0-13 ATS skid going back to last year. Other squads that have been great to fade include New Mexico (1-7 ATS), Kansas (1-7), Southern Miss (1-7) and TCU (1-6-1).

–The country’s top ‘over’ teams with 6-2 records include Nevada, Pitt, ULM, Utah, UCF, Tulane and Missouri.

–The best ‘under’ teams with 7-1 records are Southern Miss, Washington, Purdue, Illinois and Louisiana.

–Minnesota is down to two RBs on scholarship after a third (Bryce Williams) went down with a season-ending injury this past Saturday.

–Florida QB Anthony Richardson is ‘questionable’ at South Carolina after sustaining a concussion in last week’s loss vs. Georgia. The Orlando Sentinel”s Edgar Thompson reported this news Tuesday. South Carolina starting QB Zeb Noland is also banged up and listed as ‘questionable.’ If he can’t go, it’ll be Jason Brown under center for the Gamecocks.

–Stanford QB Tanner McPhee is ‘questionable’ for Friday’s home game vs. Utah. On the bright side, WR Michael Wilson is set to make his season debut. Wilson hauled in 19 catches for 261 yards and one TD in six games last season.

–Washington St. has covered the number in six straight games. The Cougars are off this weekend before playing at Oregon on Nov. 13.

–Atlanta power forward John Collins (foot) is ‘questionable’ for tonight’s game at Brooklyn on ESPN at 7:30 p.m. Eastern. The Hawks are 1-3 SU and 0-4 ATS in four road games.

–Matt Norlander of CBS Sports reported this morning that Oklahoma St.’s appeal has been rejected by the NCAA. The Cowboys’ men’s basketball program is banned from the 2022 postseason. This punishment stems from the 2017 FBI investigation into bribery and fraud in college basketball. 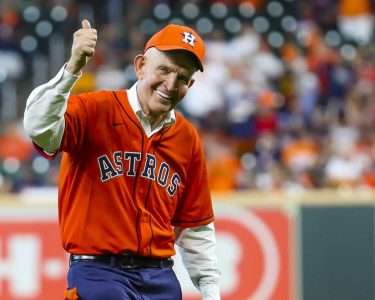 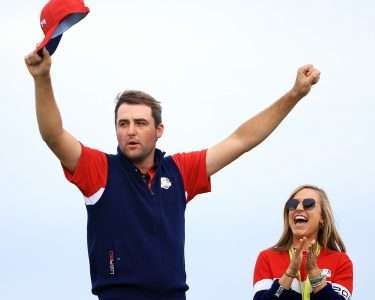 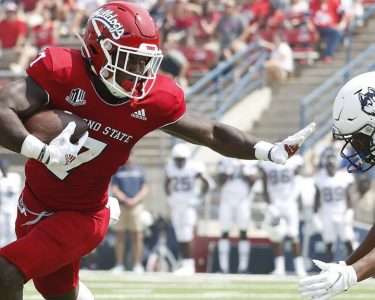